Server Migration Service (SMS) from AWS is an agentless service that enables customers to simplify the AWS Migration process by automatically replicating live server volumes from their on premises servers in to AWS.  AMIs (Amazon Machine Images) are automatically created from the replicated volumes, which can be used to launch the servers as AWS EC2 instances.  SMS can be used to migrate live running server instances from VMware, HyperV and Microsoft Azure environments.

Once the Server Migration Connector has been configured and give the necessary access accounts (IAM role in AWS, vCenter Service Account, WinRM user in System Center Virtual Machine Manager and roles & permissions for Azure) it can be viewed on the SMS connectors page.

Users can then import a server catalogue from the on premises environment. Next, replication jobs can be set up to begin replicating the server volumes into AWS.  SMS creates an encrypted S3 bucket in the chosen region with a bucket policy which automatically deletes objects after 7 days.  The server volumes are replicated to the S3 bucket, and SMS then creates EBS (Elastic Block Store) snapshots from the replicated volumes. The EBS snapshots can be be encrypted.

In addition to replicating single servers, SMS users have the option to configure Application Migration groups – logical groupings of servers used to support a specific application.  SMS Application Migration replicates all servers in an application as AMIs, then creates a CloudFormation template to co-ordinate the launch of the AMIs.  Applications can be subdivided into groups which can be used for application tiers – eg Web, App, & Database tiers.  The CloudFormation template can be configured to launch the tiers in the appropriate order for the application to come up gracefully when launching in AWS.

SMS allows customers to replicate up to 50 virtual machines per account simultaneously – a higher limit can be requested.  Replication jobs can run for 90 days per VM after which they are terminated unless the customer requests a limit increase.

AWS Server Migration Service is itself free to use, but customers do incur costs for:

WooCommerce sites can be vulnerable to performance issues, and complicated to scale. Marc shares how to keep your installation clean and up-to-date, and when you should choose to work with an established AWS MSP.

In this post we’ll take a look at one of the key benefits of Cloud Computing – Scalability.  We’ll explore the different scaling options available for your cloud based workloads, and then we’ll take a look at specific services in AWS which can help you to achieve scalability for your AWS hosted applications.     Whether […] 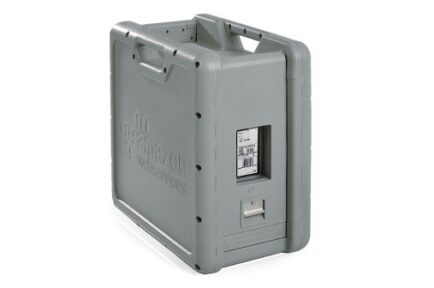 5 Ways to Get Your Data into AWS.

So, you’re ready to take the plunge and migrate workloads into AWS.  But you have terabytes or petabytes of data – how are you going to get this from your on-premises datacentre into the AWS cloud?  Don’t worry, of course AWS have a bunch of services that can help you, but which is the right […]